People Who Annoy Me #5: Idiots!

For those of you who don't know me very well, let me tell you that there are three types of people that I can't stand: bullies, cowards... and idiots.
I've already written about the first two, so let's talk about the latter today. Idiots!

When I say 'idiots', I don't mean people with learning disabilities or slow learners or people who don't like to read. No, I mean people who blindly send out information into the universe without verifying it themselves.

Not sure what I mean? Let me give you an example. Have you seen this piece of juicy information floating around the internet? I bet you have. Practically every 'LOL' website or Facebook page has shared this one. Even some actual Harry Potter fans have committed this grave mistake!

When I looked at the above picture for the first time many years ago, I was suspicious, mostly because I knew that 'LOL' websites are not to be trusted. Plus, a coincidence like this one would have been lapped up by the media! Why hadn't I heard of it before?
So I did a quick check on IMDB and found out that Baby Harry was played by the Saunders triplets and Albus Severus was played by a young man called Arthur Bowen. Four very different people, in short.

I don't know how this silly rumour originated, but it's still circling the networks, looking to prey on unsuspecting idiots who won't do some research before sharing it and spreading the stupidity.

That, dear Geeks, is my definition of an idiot.

I have more examples. Shortly after the 2012 Delhi gang rape incident, someone shared a picture that said that Article Something of the Indian constitution has now been revised to include a death penalty for rape or attempted rape. 'Share so everyone is aware of their rights!' said the picture.
I went on Google news to confirm this fact. I didn't find any evidence. I checked what Article Something really was online, and found out that it talked about the procedure of minting coins and printing currency by the RBI and the Ministry of Finance.

So the picture was a silly hoax that a lot of idiots would unfortunately believe.

Next, I want to talk about the girl on the Parle-G packets. 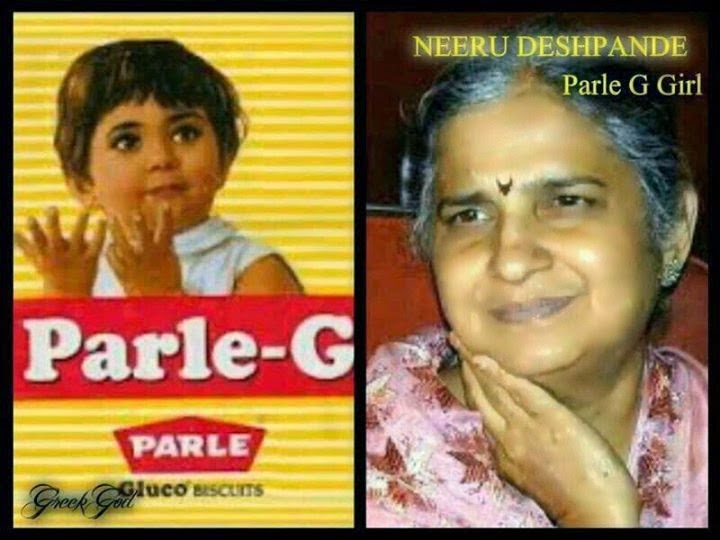 One of my friends on Facebook shared an image saying that the girl from the packets was now an old lady named Neeru Deshpande.

The lady in the picture is actually Sudha Murthy. When I said so in the comments, the friend merely said, "They just look very similar, that's all. It's actually Neeru Deshpande who is the Parle-G girl."
And I thought to myself:

Browsing the web, I found this article which proved her wrong. The girl on the packet is in fact only an illustration, and nothing more!

So why do people have such blinding faith in Google? Do they even know that Google is a search engine and not a verified news website? You can't believe everything that's on the internet, people!
There are tons of trolls out there who want to fool you and then laugh at you. You can't let them win. For the sake of humanity, please don't be so gullible!

But no matter how much we try to spread awareness, there will always be those people who say:

Dear readers, this is my humble request to you: next time you see something shady or weird on the internet, do a quick news search before you join the Stupidity movement. And if you see someone being an idiot, send this blog post to them. Hopefully, they'll get the idea.

Have you ever known an Idiot? Tell me all about the incident and what you did to make them aware of their mistake.

On a side note, since I'm moving to a new city and then moving to another new city later, I can't say for sure when I'll have a stable internet connection, so my blog posts may be a little more erratic from now onwards.
But once college starts, I promise there'll be lots more to blog about!