'The Fault In Our Stars' Movie Review (Spoiler-Free) 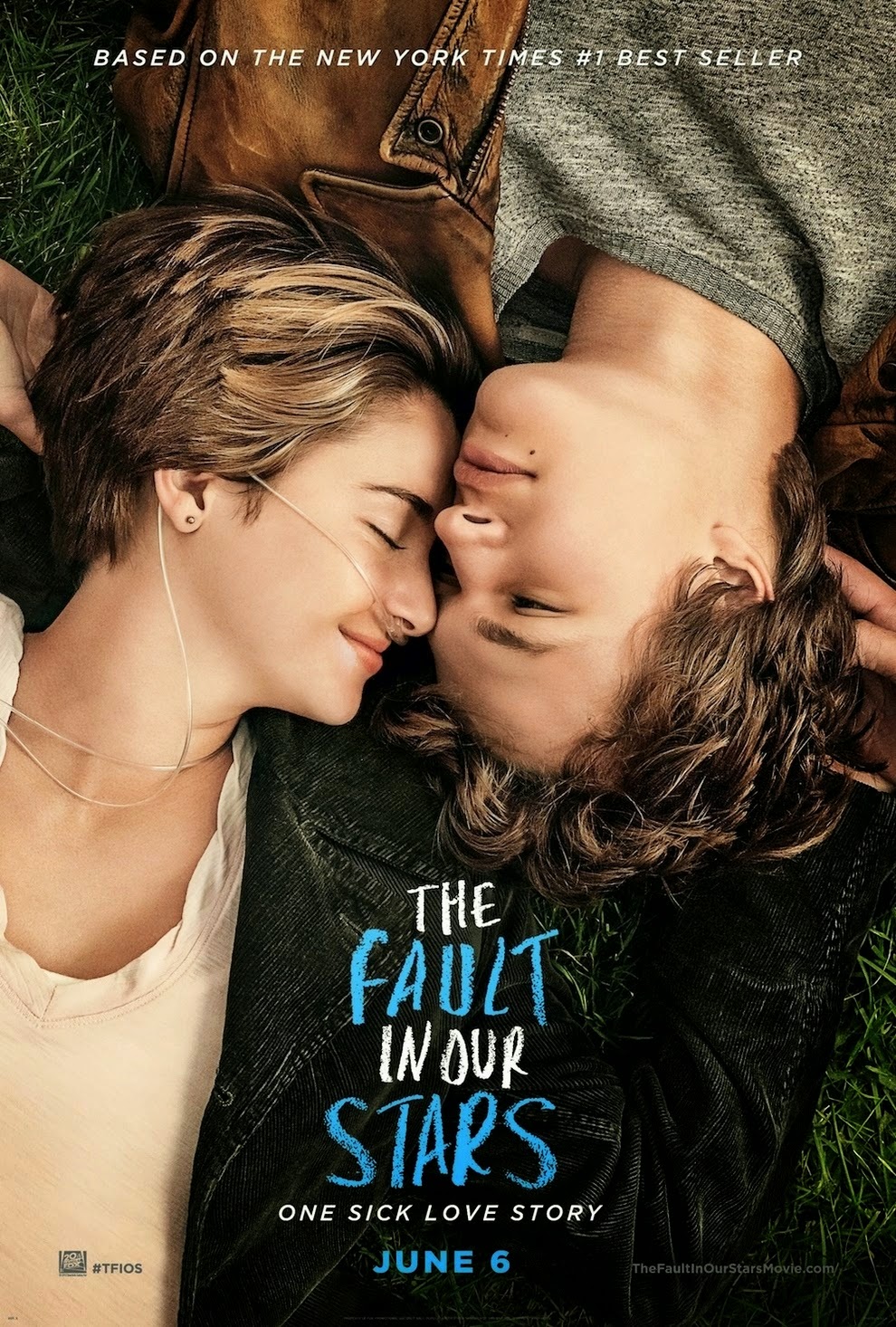 Hazel and Gus are two teenagers who share an acerbic wit, a disdain for the conventional, and a love that sweeps them on a journey. Their relationship is all the more miraculous given that Hazel's other constant companion is an oxygen tank, Gus jokes about his prosthetic leg, and they met and fell in love at a cancer support group.

You know how much I love movie adaptations of books, don't you? Well, The Fault In Our Stars, written by John Green, isn't particularly a favourite of mine, although I did like it quite a bit. The emotional blackmail and the presence of a thousand metaphors made it a little hard to digest as a book, so I wasn't sure if it would translate well onto the big screen.

That, and the fact that Shailene Woodley and Ansel Elgort (Hazel and Gus, respectively) failed to impress me with their acting skills during Divergent, made me a little hesitant about this particular movie.

Well, TFIOS finally released in India on July 4th, and I felt like having popcorn, so I made my way to the nearest movie theatre. I wasn't sure if I was going to enjoy the experience - I was going to watch it with my mother, who hasn't read the book (because I am currently not in the same state as my Book-Keeper friends) - but at least I had someone to share popcorn with!

On an average basis, TFIOS got great fan reviews, and almost every teenage girl (or mother of a teenage girl) said that she spent most of the two hours crying her eyes out.

I didn't cry while reading the book, so I didn't know if it would apply to me. The girls also swooned over Ansel Elgort, and I knew for a fact that I would never do that (thank goodness!)

Anyway, on to the review.

Well, from the moment the movie began, I was either...
a) Laughing,
b) Smiling,
c) Crying my eyes out, or
d) all of the above.

The movie, much like the book, is hilarious, so that justifies the laughing and the smiling. As for the crying... seriously, I don't know why the movie had such an effect on me. I didn't like the book that much! But even when there was a happy scene going on, I had started to tear up because I knew what was going to happen next.

And after the half-way point, when the sad scenes did come up, I was a mess. My contact lenses got all foggy because of the tears!
Maybe it was because of the beautiful music as well as the fact that I can't look at sad people without feeling sad myself - whether they're actors or not.

A few scenes and dialogues from the book aren't included, but I was fine with it because it made the movie much, much less pretentious. Since Indian cinema is a bit reserved, the one f-word scene as well as Hazel and Gus' hotel 'love scene' were both cut from the movie to make it more 'decent', I suppose. Not fair, censor board. The movie was already PG-13!

Shailene Woodley (Hazel) and Laura Dern (her mother) were both amazing. Maybe Shailene's acting was weak in Divergent because of the horrible script, but here she shines throughout the film. Nat Wolff, as the funny blind guy Isaac, is good, too. Willem Dafoe didn't make me hate his character Peter Van Houten as much as I'd expected, though.

But the biggest surprise was Ansel Elgort. You know how I hated Gus in the books? I found him to be arrogant and cocky and basically Mr. Oh-Look-At-Me-I'm-So-Perfect? Well, he's the same in the movie, but... somehow Ansel made him likeable. His acting was pretty good, too, except for one serious and emotional scene where I felt like he overdid it. Maybe Ansel is a real life Gus, so it was easier for him to portray the character.

The dialogues and script have been toned down a little from the book, so John Green's absurd pretentiousness (is that a word? What's the noun for 'pretentious'? Pretence?) doesn't show through as much. I actually felt like Gus and Hazel could be real people instead of John Green stuck in two teenagers' bodies.

My favourite scenes include the aeroplane scene, the car egging scene, the ending, and any scene involving Hazel's mother. She was just so adorable!

However, this movie isn't perfect. There were a few errors, like when Hazel says her hands are always cold when Gus holds her hand for the first time, but later on, in one scene, he talks about her 'warm hands'.
Also, this is a cancer movie about cancer kids who, when they are terminally ill, are supposed to gradually start looking more and more weak. That didn't quite happen. That transition wasn't there.

But in spite of these mistakes, I fell in love with this movie the way you fall asleep - slowly, and then all at once.
I'm going to go with 4 stars out of 5 for The Fault In Our Stars.
I thought it was better than the book, but that's my opinion only. Whether you're a Nerdfighter (a John Green and Hank Green fan) or not, you should watch this movie. Book your tickets in advance - my theatre was jam-packed!


Until next time, Geeks!