'If I Stay' Movie Review 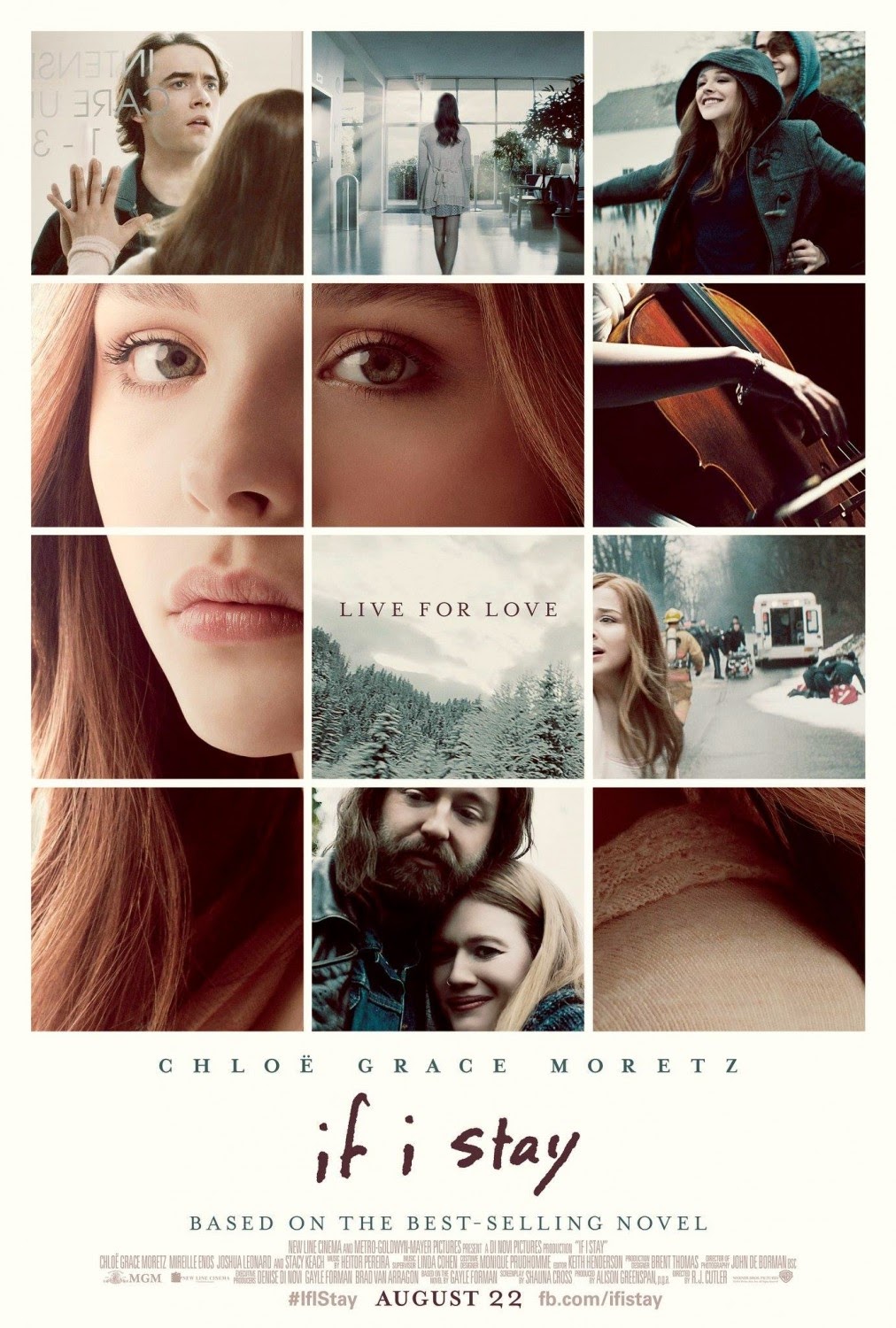 Mia Hall thought the hardest decision she would ever face would be whether to pursue her musical dreams at Juilliard or follow a different path to be with the love of her life, Adam. But what should have been a carefree family drive changes everything in an instant, and now her own life hangs in the balance. Caught between life and death for one revealing day, Mia has only one decision left, which will not only decide her future but her ultimate fate.  (IMDB)

A few months ago, I reviewed a young adult novel about choices, life and death. Well, today I'm going to review its film adaptation.

If I Stay released in India a few weeks after the international release, so all the critics had already voiced their opinions. And they didn't like this movie at all.
So, as I munched on my popcorn in the practically empty theatre, waiting for the advertisements to end, I figured that the next two hours weren't going to be anything special.

And I was right.

If I Stay is a story that claims to hit you right in the feels, but that actually doesn't happen. The book didn't appeal to me at all, although I did enjoy reading the sequel. So obviously, I didn't like the story of this movie that much, either.
But a few things in this movie are different, and I'm glad. There were a few instances where I - and the four other people in the theatre - laughed, a few where we smiled at Adam and Mia's love story (they actually have a decent, fleshed-out love life in this movie, unlike its paper counterpart), and one or two scenes where I felt a little bit sad about the events in Not-A-Ghost-Yet Mia's life.

I liked the way Mia's family was portrayed. They brought a lot of humour into the story. I also liked Mia's friendship with her friend Kim.
Chloë Grace Moretz was a good Mia, her parents were cast just right, but I feel like a different actor should have played Adam. I don't know... he just didn't fit the part very well. In general, the acting was fine.

If I Stay's concept focuses primarily on the back story, so this movie was full of flashbacks. One thing I didn't like was that the movie kept switching from past to present without any warning, so a non-book reader could get confused very easily.

The music was great - from the background score to the cello music to the few songs Adam sings - I loved them all. I was, however, hoping to find the cello theme that is used in the trailer. That piece of music is just phenomenal, but it wasn't featured in the movie at all. That was actually one of the reasons I was looking forward to watching this film...

One thing that surprised me was that although If I Stay is rated PG-13 in the US, it's rated A in India. And I didn't understand why. There's no actual explicit content. A few kisses, an implied sex scene, and a couple shown together in bed. Nothing that you don't see in a Bollywood movie.
I really don't understand the Indian censor board. Is it because the characters are supposed to be teenagers? Is that the reason?

At the end of the day, although I wasn't bored during the movie, I wasn't particularly interested, either. This movie and this story simply did not resonate with me. On my way home from the theatre, I thought about how I would react in a similar situation - whether I would stay or not - but ten minutes later, all I was thinking about was the popcorn.

I'm going to go with 2.5 stars out of 5 for If I Stay - the same rating for both the movie and the book. I can't tell you which one I prefer - they were both mediocre in their own way.

I do hope they make a sequel, because Where She Went, the second book in the series, was much, much better.

Here's the trailer for If I Stay. If you know the source of the cello music played at the beginning, please let me know. Also let me know what you thought of the book or the movie, or even the trailer!

Have a good day or night, folks. Bye-bye!