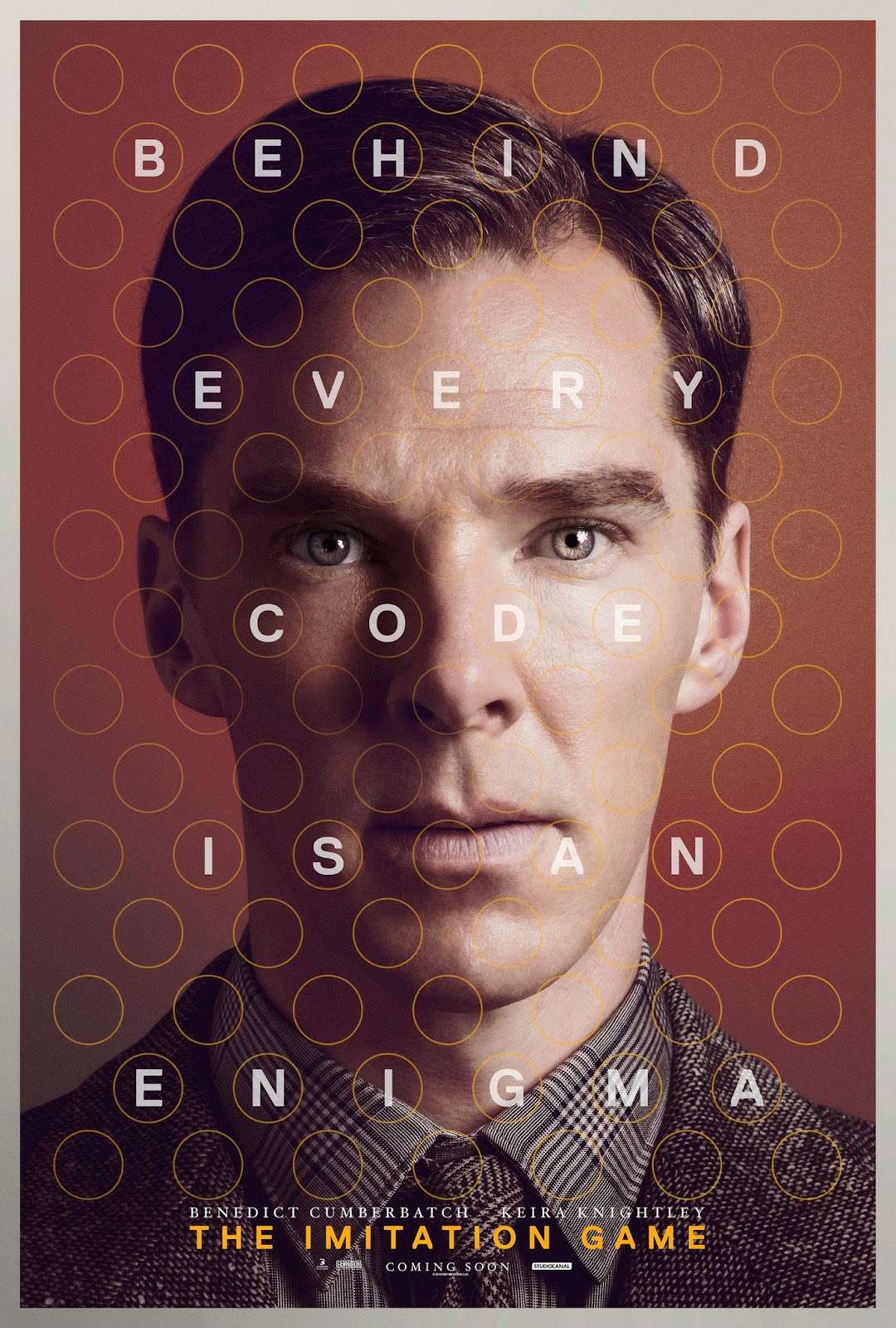 Last Sunday, I watched The Imitation Game simply because I had a bad craving for cheese popcorn. The trailer looked interesting, but I wasn't sure if this serious, maths-and-war-based movie was my kind of movie.
But after two hours, when I walked out of the theatre, I realised that the popcorn hadn't been the best thing about this experience, after all.

This movie, contrary to my prior beliefs, does not focus on maths or war. Being a biopic, The Imitation Game is all about Alan Turing (played by Benedict Cumberbatch), a mathematician who greatly reminded me of Sheldon Cooper - intelligent, logical, arrogant, unlikeable... but still a protagonist you'd root for.

As the movie begins, Alan Turing's voice gives you a warning: if you cannot pay attention, leave. This story is only for those who can focus.

Turns out, the warning is very relevant. There are a lot of jumps in the movie's timeline, and a lot happens in just a few minutes. You can't miss a single scene without losing track of the story or becoming confused.

But you wouldn't want to miss a single scene. The movie draws you in. From witty humour to what-happens-next moments to emotional breakdowns, this one's got it all. Alan Turing is not just the lead character but also the lead comedian, with his Sheldon-esque retorts and comments.

Benedict Cumberbatch steals the show. There was no doubt about it, of course, because we all know of his talents. But from the moment he (or rather, his voice) appears on-screen, you can't help but be dazed by his performance.

Keira Knightley shines as Joan Clarke; and Matthew Goode and Allen Leech, who play Turing's fellow mathematicians, are simply brilliant. A special mention to Alex Lauther for his performance as the teenage Turing.

Obviously, since this is a movie, things have been dramatised for cinematic impact. But at the end of the day, that doesn't take away from the message the movie is trying to put forth.

I'm going to go with 4.5 stars out of 5 for The Imitation Game.
Thought-provoking, funny, and emotionally powerful, this movie is one that I'll surely rewatch in the years to come. I'd recommend it to everyone who's reading this review. Here's the trailer, but be warned: it does give away a major plot point.

If you've seen this one, and I'm sure most of you have, tell me what you thought of it. Entertaining? Emotional? Boring?
Are there any movies, old or new, that you'd like me to review? Feel free to make your requests. ^_^