Pretty Little Liars 5x23 (The Melody Lingers On): A Recap 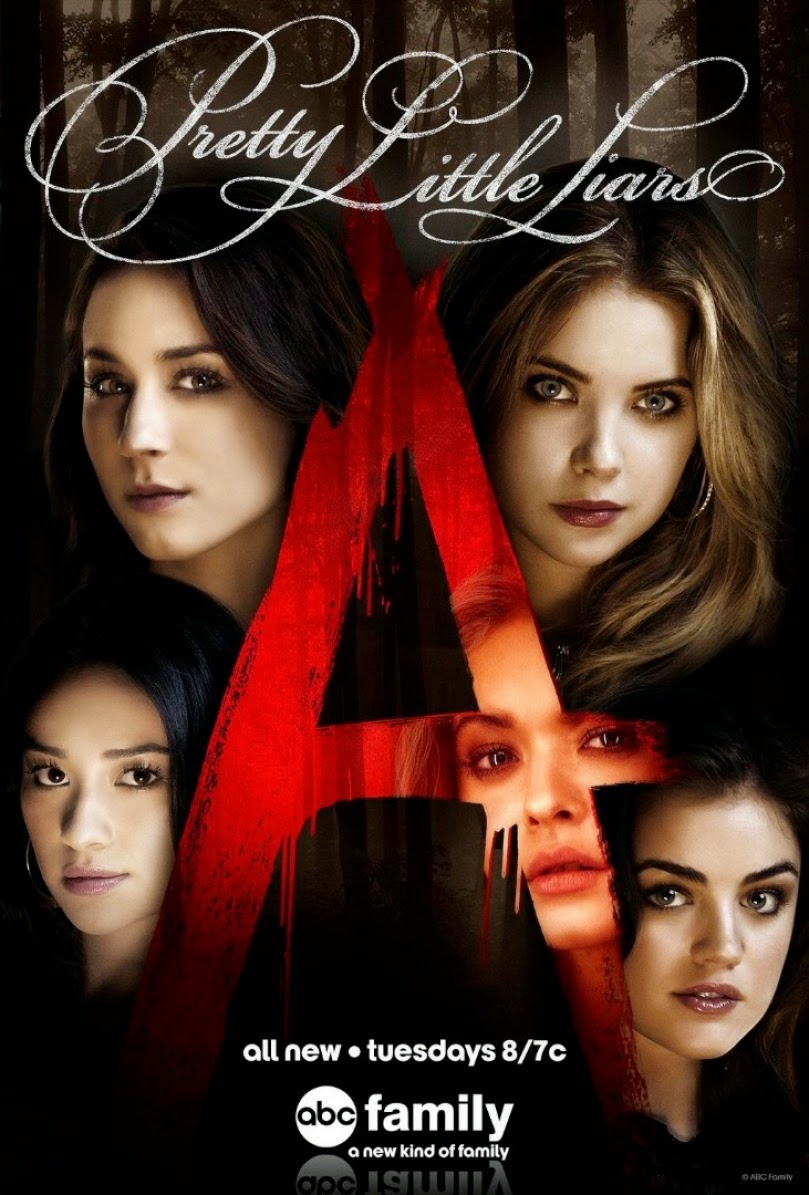 The PLLs struggle to find evidence against 'A' to help an imprisoned Hanna get out of jail. Meanwhile, Alison's trial is expected very soon and not only does it decide her fate, but it also unravels a lot of secrets the group has told.

I've decided to start a new series of posts on the blog with recaps of Pretty Little Liars episodes, a TV show that I've been following for quite a few years now. It's sort of a guilty pleasure, except I don't feel guilty about liking it. The show is addictive, after all, and even though I'm a little sick of the concept after almost five seasons, I can't seem to stop watching.

In yesterday's episode, Alison's trial finally commences, and the prosecution portrays her as a manipulative high school girl who bullied her way to queen bee status, ready to destroy anyone who tried to stop her.

Turns out the prosecutor knows that Ali (and the Liars) had been lying about the kidnapping story, and he declares this as the motive for killing Mona in an attempt to shut her up forever.

Ali's brother Jason DiLaurentis is called to the stand, and after being cross-examined, he admits to having had 'private moments' with Mrs. Marin. The prosecutor claims that Mrs. Marin seduced Jason into withdrawing his statement against his own sister so that Hanna Marin wouldn't be found guilty as an accomplice.

Hanna and Alison have a discussion in jail, and Ali reveals that she had been communicating with 'A' after her mother's death, although she believes it to be Mona.

Meanwhile, Aria, Spencer and Emily break into Mona's house after receiving an ominous phone call from the Varjak number, but find that it has already been broken into. As they search for clues, they find this mysterious riddle hidden under Mona's mirror. 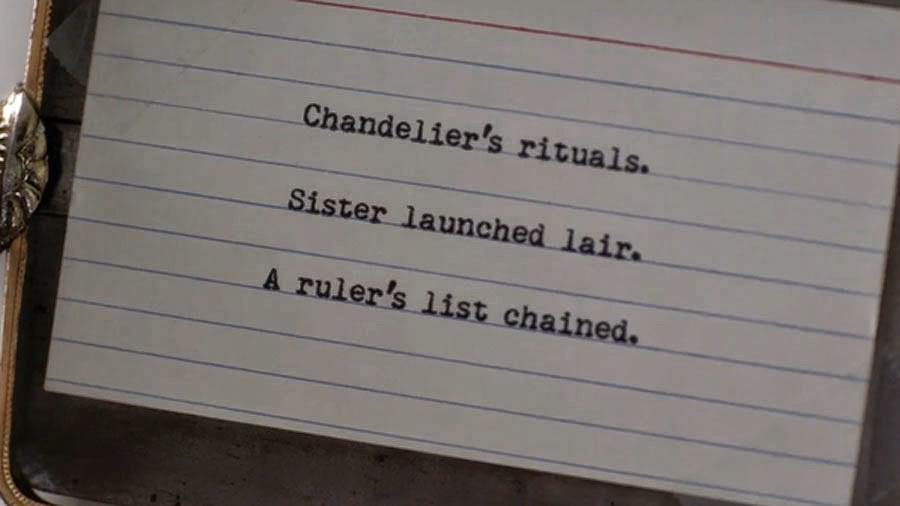 As for this week's red herring, we now have Andrew (Aria's new man) working his way up the creep chart. He bad-mouths Mona and is then seen lingering around her house just moments after the Liars break in.

Everyone's shocked when they find out about Jason and Mrs. Marin, although I'm not too sure why. Rosewood residents are rather fond of dating, kissing, or sleeping with people much older or younger than them, after all (Hanna and Cop-What's-His-Face, Aria and Ezra, Aria and Jason, Hanna and Wren, Spencer and Wren, Spencer and Ian, Emily and Talia, Jenna and Garrett... trust me when I say this list isn't exhaustive).

So every line on Mona's riddle apparently is an anagram for 'Charles DiLaurentis'. Could this be Alison's secret brother, or perhaps a twin?

A lot of people online are wondering if maybe Andrew is actually this Charles person, because every character on this show has to have a double agenda for everything they do. Nobody's a saint in Rosewood, right?

It has to be Andrew, although this is probably just to throw us off whoever the actual 'A' is (if there even is one). I wish they could have portrayed at least one male character on the show who isn't a love interest as a genuinely nice, innocent person. Does everyone have to be a suspect? That too, someone as nerdy and attractive as Andrew?

Is Alison going to get convicted for Mona's murder or not? The jury definitely doesn't have a good impression of her, but will they be convinced beyond reasonable doubt? And what will happen to Hanna if the verdict is 'guilty'?

What do you think about the latest episode of PLL? Do you also feel that the standards of this show have gone down considerably after season 3? Who's your favourite 'A' suspect? And what do you think the season finale's #BigAReveal will be about?